You are here: Home1 / Events2 / Stories of neighborhoods3 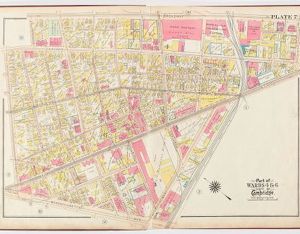 True Story Theater will be performing “Stories of growing up in the Port–or in your neighborhood” at the StoryStream tent during the Cambridge River Festival* as part of a collaboration with Sarah Boyer, the Oral Historian for the City of Cambridge. We will highlight the experiences of residents featured in “We are the Port” as well as audience member’s own stories of growing up their neighborhoods.

Our performance will take place 1:30-2:30pm in the StoryStream tent located at Sidney and Franklin Street in Central Square.

*Please Note: The Cambridge River Festival has occurred on the banks of the Charles River since its inception in 1977. This year, due to overlapping major construction projects and large scale events taking place on this historical footprint, Cambridge Arts has decided to celebrate our 35th Anniversary of the River Festival in the heart of the Central Square Cultural District.

What happens in a True Story Theater performance?  Our events bring together the delight of improvisation with the riveting vulnerability of people sharing their personal truth.The show’s emcee (called “the conductor”) facilitates brief, spontaneous conversations with volunteers from the audience who share their own feelings and experiences related to the show’s theme.  After each conversation, the actors and musician immediately embody the key feelings and actions they heard, using movement, music, dialogue, and superb listening. All of it is improvised on the spot. During the course of a 75 minute show, True Story enacts about 6-8 stories.From this simple interaction, audience members laugh, cry, get insights about their lives, and feel an expanded sense of community. You can share a moment from your life and see it performed, or just come to watch.What are True Story Theater’s classes like?  We will teach you the basic of Playback Theatre, which can hone your listening skills for everyday life.  All are welcome.  Classes are supportive, informal, intimate, and fun, an enriching experience for both newcomers and experienced actors.

Stories of crossing the class divide
Scroll to top