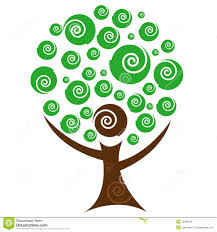 It’s ridiculously difficult in the great outdoors to create the focus and intimacy people need to share important and often vulnerable stories from their lives. Yet in warmer weather, so many great performance opportunities are outdoors!  We recently practiced three ways to bring Playback into the wide open spaces:

Be inventive: At the Figment Festival of participatory arts in Boston, we successfully tried one of our favorite out-of-the-box experiments, “Roving Playback.”   We roamed the fair in small groups of 3-4 actors (many of them new Playback students), and politely approached attendees who were hanging out on benches, asking if they’d like to share something from their day at the fair.  After offering a quick “fluid sculpture” of their story, most would beam in delight. And on we’d go to find the next teller…

Be bold: True Story was hired to be the first artists to launch a new Arts in the Park series in Everett.  The show started with an audience of only five elderly women in lawn chairs!  So as people innocently strolled through the park, never guessing they would be part of our show, our conductor Christopher just brazenly went up and asked them to share something from their lives.  He skillfully drew out stories from teens and elderly, from long-time residents and new immigrants… and we managed to pull off a surprisingly satisfying show.

Be nonverbal: At the Cambridge River Festival, it was reasonably quiet in our Storytelling Tent… until a rock band started playing in the next block!  We actors could barely hear each other. Our show about stories from long-time Cambridgeport residents got even livelier, as we communicated mostly in body language (and shouts when essential).  Fortunately, we heard from audience members that they heard us well enough and loved it.