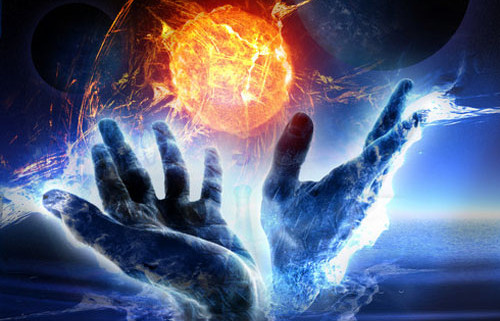 This is one of the first — and best — things I ever wrote about Playback.  I think I had been performing only a year or two at that point.  I’m glad I put my passion into words while it was still fresh. — Anne

Why do I love Playback Theatre so much?  I’ll try to explain it to you…

Playback says, “You deserve to be heard.”

In a Playback performance, one actor is the facilitator or “conductor,” who asks questions of the audience members to draw out their stories. The conductor listens in a deep and skillful way that many people rarely experience in their everyday lives: listening with empathy but not sympathy; not trying to advise or change the teller’s feelings; not waiting for a pause to then tell his or her own story; simply listening, with focused acceptance. And when the troupe then performs the story, they are again modeling a powerful form of listening: distilling the emotional essence of the moments described and embodying them with sensitivity and respect —simply honoring the experience.

Amidst a culture where judgment, competitiveness and blame are the norm, Playback offers a glimpse, a vision of the listening we could offer each other daily if only we had the skills and the commitment. It is beautiful to witness. After a number of stories, the whole room glows with shared intimacy.

Let’s say we’re in a performance. The conductor asks for a moment in someone’s day, and calls upon a young woman. Let’s say we learn her name is Eliza, and she’s a kindergarten teacher, and her moment was about a difficult exchange with a fellow teacher. When the troupe plays back her story, we are saying in essence, “The ordinary moments in your life are precious: worthy of listening, of attention, of respect… yes, even worthy of art.” And every audience member feels that implicit affirmation. Playback is a cultural antidote to the glitz of TV and movies, where the majority of people portrayed are gorgeous, white, wealthy… or at least famous in a way that makes our own lives feel dull and insignificant. Playback says, “You don’t need to turn on the TV to be moved and inspired. Just to be human is enough.”

Playback says, “We are each unique, yet all the same.”

Playback illuminates both the individuality and the commonality of our all-too-human stories. It enables us to see each other in a new, often more compassionate light, especially across differences of background, role, or values. We performed a while back in a nursing home, and a frail old man revealed that he was a singer most of his life. He told an amazing story of being the only white man in a platoon of Black soldiers in WWII, all singing “Old Man River” together, and his voice in the telling was transformed, strong and resonant. The other residents, who had lived around him for months or years, clearly hadnâ€™t even known that he used to sing. I believe they will never again see him the same way.

Sara and Giles, both Board members of a nonprofit, always had tensions between them. Months after a Playback performance, Sara told me that whenever she’s feeling irritated with Giles, she remembers his Playback story about raising three boys, and she feels more connected and patient. Once we performed for the entire staff of a school for severely disabled children. Clearly, there had been tensions between the different status levels of the staff, between the administrators and teachers and support staff, as they struggled to carry out heartbreaking work with insufficient pay. But the stories they told us, and we played back, had them all roaring with laughter together. They could notice how much commitment they all shared.

At a recent performance, a woman on crutches hobbled to the teller’s seat, saying, “Well, what I want to say is just mundane, not really a story.” She talked about her last six month’s experience of injury after injury, and her struggle not to feel depressed and worthless without the usual use of her body. Was there a soul in the audience who couldn’t relate? When, through Playback, we see how often our “mundane” feelings and experiences are shared, we get a break from the isolation and alienation so many of us carry as incessant background noise in our minds. As this teller said, it helps to fill “the potholes in our souls.”

Playback is being used in 40 different countries, often is situations where people need to hear each other. Itâ€™s being used in Burundi, a country of Africa torn by years of civil war; in India, to bring out the stories of the “untouchables.” It’s being used in the U.S., with audiences of Jews and Palestinians, with audiences bringing together descendents of Holocaust survivors and descendents of Nazis, with suburban whites and inner city blacks. By creating a container where people get glimpses into each others’ hearts, Playback sows seeds of peace.

Playback says, “You can heal.”

Not infrequently, audience members describe experiences that have been troubling them, sometimes for years. A young woman shares her regret about missing the moment of her mother’s death. An older woman describes her own lack of courage to reach out to people she injured in a car crash. When the troupe plays back such stories, we take care not to “fix” them, not to give them happier or more resolved endings (unless explicitly directed to by the teller). Yet by simply seeing their truth played back, tellers gain insights and sometimes are able to let go of incidents that have been troubling them for years. From time to time, after such a story, the teller will wipe away tears, visibly relax, and say that they now feel a sense of closure.

Playback says, “Magic can happen when we work as a team.”

In a strong Playback performance, what is breathtaking to watch is the seamlessness of the ensemble creating theater improvisationally. No script. Not even a “huddle” as improve actors will do. Instead, the actors and musicians simply begin. Through actively listening and accepting whatever each actor contributes, ensemble creates an emotionally potent and aesthetically satisfying whole. Playback models this intimacy and teamwork, and says, “This is what’s possible! You, too, can dance with the others in your life.”

In case all this makes Playback sound terribly intense and heavy, let me make clear that in most Playback performances, the audience can see that the actors are having a fabulous time. Playful, spontaneous, expressive, emotionalâ€¦ they and the audience get to revel in the joy of being with each other in the moment. This way of being acts as a wake-up call, an antidote the trudging nature of our daily lives, where we’re admonished to do it right, to be perfect, to stay within our narrow roles. Playback says, “On the contrary! Jump in and get muddy!” As True Story Theater, we invite people to open rehearsals and workshops to try on this playful and deeply attentive spirit on for themselves.

These are the things I believe that Playback, in its straightforward and simple way, brings out into the world. It is True Story Theater’s vision and purpose to spread these qualities through its work; and we support the International Playback Theatre Network to spread these benefits of Playback far and wide.